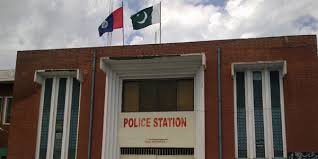 In modern world peace, security and the sense of security are the components to measure the scale of prosperity in any nation. In order to make the environment of our city safer Narowal police has taken the initiative to set up a Model Police Station to change the typical police culture. This police station will differ from any other ordinary police station with regard to its performance and shall play an active role to redress the grievances of the people. The building of this police station has been designed with special arrangements for the process of investigation and police operations. The environment of police station will be improved through this model police station and there will also be a considerable change in the professional performance of police which will help establish safe and peaceful society 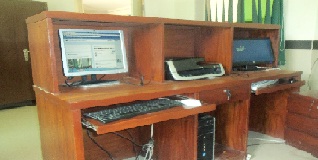 Our world has now turned into a global village and this phenomenon is only due to the age of information technology. Keeping in view the new international trends in policing, Vehari police has taken a step further in organizing police structure and its effectiveness through PROMIS (Police Record & Office Management Information System). PROMIS aims at computerization of FIRs, its related updates, record of criminals (POs etc.), daily crime bulletin, data of vehicle theft/snatching & entries of all registers at P.S. etc. It, therefore, ensures effective Automation of Police Stations’ (PS) record and office management system of various Police Branches. In short, due to this system (PROMIS), Narowal Police is fulfilling all the international standards of a police organization.

Mobile positioning, which includes location-based services that disclose the actual coordinates of a mobile phone bearer, is a technology used by telecommunication companies to approximate the location of a mobile phone, and thereby also its user (bearer). The more properly applied term locating refers to the purpose rather than a positioning process. Such service is offered as an option of the class of location-based services (LBS)

Police Department of District Narowal has also taken initiative for Mobile phone tracking refers to the attaining of the current position of a mobile phone, stationary or moving. Localization may occur either via multilateration of radio signals between (several) radio towers of the network and the phone, or simply via GPS. To locate the phone using multilateration of radio signals, it must emit at least the roaming signal to contact the next nearby antenna tower, but the process does not require an active call. GSM is based on the signal strength to nearby antenna masts.

Police Department of District Narowal has also taken initiative to upgrade Rescue 15 with Digital system to chase the Modern world.
“Our mission is to win the confidence of fellow citizens and to inculcate the spirit of public friendly policing with community participation”. Realizing the need of the day, Vehari Police has introduced the Rescue 15 project for the convenience of the public. This project is on the lines similar to Rescue services implemented around the world."

Police Department of District Narowal has initiative to  introduce GPS tracking and digital monitoring for the fleet of  vehicles (patrol vehicles of police stations & police posts, headquarter vehicles including trucks, buses, prison vans, and ambulances). Live speed, track of movement with 90 days history, stops & restarts along with live positions and mileage of the vehicles will be monitored through GPS trackers. GPS monitors will controls the following activities:
If any mobile van will remains static for more than 30 minutes at any point, it will be intimated to change the position and follow the proper patrolling SOPs.
If any mobile van will go out of order the patrolling officer will promptly inform GPS control.  To handle such situation patrolling team establishes a picket for random checking of vehicles and will report back to GPS control about their performance.
If any mobile van will be engaged for a secret mission, concerned station house officer will inform the GPS control before departure.
At the end of every month fuel consumption report for every mobile van will be prepared according to the monthly mileage recorded through GPS system. General Positioning System will be integrated with the Wireless Control and will soon be integrated with the Rescue.

Police Department of District Narowal has also taken initiative for Forensic art. Forensic art is any art used in law enforcement or legal proceedings. Within this field are such skills as composite drawing, crime scene sketching, image modification and image identification, courtroom drawings, demonstrative evidence, and postmortem and facial approximation aids. Not every forensic artist uses all of these skills.
The skill of facial approximation is closely associated and related to forensic anthropology in that an artist specializes in the reconstruction of the remains of a human body. Generally this discipline focuses on the human face for identification purposes. The forensic artist can create a facial approximation in a number of ways to include 2D (drawing), 3D (sculpture) and by methods using new computerized technology. Forensic artists generally can add greater character and make their subjects come back to "life".

Police Department of District Narowal has also taken initiative to establish Forensic Science Laboratory. Forensic science is the scientific method of gathering and examining information about the past. This is especially important in law enforcement where forensics is done in relation to criminal or civil law

The mission of the Anti Car Lifting Cell, is to prevent and reduce the incidents of vehicle lifting in the District Narowal and provide a sense of safety and security to the vehicle owners

There are established cctv control in district command and cotrol room Narowal. These cameras are managed and recorded locally, but can be viewed instantly by police control room staff.

Police stations in the district are all set to turn green with the district during 2014 under the mass tree plantation programme. District police Narowal moment to save environment. Narowal police shows it's responsibility by planting new trees in locality.Narowal police 2400 trees planted during rainy season 2014 and till date